Palo Alto Networks is one of the world’s largest security software vendors. The organization generated more than €4 billion in revenue in 2021. Prisma SASE is key to the offering.

Administrators gain the ability to lock down the security configurations of software-as-a-service (SaaS) solutions. The feature prevents cybercriminals from changing configurations via a stolen account.

In addition, Palo Alto launches a central dashboard for monitoring and configuring multiple SaaS solutions. Administrators no longer need to switch between individual SaaS solutions for daily operations. Both the dashboard and the locking feature are available immediately.

In addition to SaaS solutions, the platform secures users, general apps and hardware. One of the tools blocks requests from malicious URLs and web addresses. The tool will be renewed in October 2022. According to Palo Alto, the new version recognizes up to 40 percent more threats than before.

Cybersecurity involves more than detection and response. Attacks are preventable with the right software and hardware configurations. Hence, Prisma SASE offers multiple tools for infrastructure management. The new release includes a tool that recognizes the cause of technical problems through artificial intelligence (AI). The tool advises on possible solutions in cases of system failure.

In addition to the Prisma SASE updates, Palo Alto announced two new network appliances. The ION 1200-S and ION 3200 are designed to connect regional offices to corporate networks. The ION 1200-S supports 4G and LTE. The ION 3200 is suitable for optical connections. The ION 1200-S will be available outside the United States from November 2022 onwards. 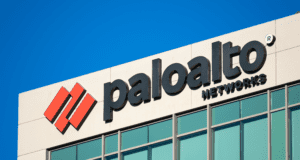