Linus Torvalds decided a few weeks ago to reconsider his role in the Linux community. Today, however, he appears to be back in full control of the organisation. The hope of developers will be that there is a friendlier Torvalds.

During the Open Source Summit Europe in Scotland, Torvalds appeared for a meeting with the forty most important Linux developers during the Maintainers Summit. It’s the first step Torvalds takes to regain control of the reins.

A month ago Torvalds decided to take a temporary step back from the Linux developer community. In a message addressed to the Linux Kernel Mailing List (LKML) he wrote that he will work on his behavior. I want to apologize to the people I have hurt with my personal behavior. Torvalds took some time off and would seek help to learn to understand human emotions and respond appropriately.

After only a month, Torvalds thinks he has already learned the necessary lessons. In the announcement of Linux 4.19, Greg Kroah-Hartman, temporary leader of Linux and the man who maintained the stable branch, writes: Linus, I return the kernel tree to you. It’s your pleasure to look at the merge window.

There are no public appearances planned by Torvalds at the Open Source Summit Europe. In addition, he has not yet responded to any of the comments and remarks made during the LKML. It is clear that he will have to comply with new rules of conduct.

The Linux Code of Conduct has been updated recently. It now states, for example, that the main responsible parties may be expected to set a good example. It is therefore expected that Torvalds will behave in a more friendly way and will be more welcoming to developers who want to contribute to the operating system.

Linux 5.17 is live: more support for RISC-V, AMD and Intel 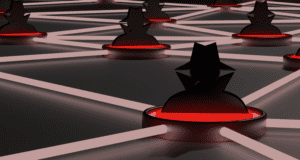