A survey by OutSystems suggests that three in five EMEA developers experience an unhealthy work-life balance.

OutSystems develops a low-code platform for application development. The organization recently interviewed more than 800 developers for a work satisfaction survey. Work-life balance proved to be a pain point. Most developers are dissatisfied with the ratio worldwide.

In the EMEA region, the balance is particularly off. 63 percent of EMEA developers said they experience an unhealthy work-life balance, while the proportion is merely 50 percent worldwide. Despite the balance, most developers are satisfied with their jobs. Worldwide, 64 percent love their work, while 48 percent said they’ll still be working for their current employer in a year’s time.

OutSystems cites growth prospects as one of the reasons for retention. 42 percent described growth opportunities as plentiful. Less than a third (31 percent) said they consider changing their job à la minute.

All in all, developers are positive about their jobs. Still, there’s room for improvement, OutSystems argues. The organization separately surveyed developers who regularly use low-code technology. According to OutSystems, the workload and work time of low-code developers is relatively low.

“With a global talent shortage of more than a million developers, IT leaders won’t be able to hire the right profiles to meet the challenges they face in building quality software”, OutSystems CIO Tiago Azevedo commented. “Instead, they need technologies that optimize scarce resources, lighten workloads and boost productivity.” 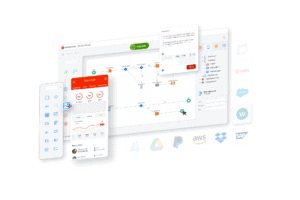