The National Police do not do enough to check who sees or uses certain data. For this reason, the Personal Data Authority has decided to impose a fine of 40,000 euros on the National Police. Previously, the police were ordered to take additional measures within six months to prevent unauthorised persons from obtaining certain information.

The Dutch Data Protection Authority announces this today in a press release. At the moment we are checking whether the National Police meets the requirements. If this is not the case, the AP may again impose a penalty payment to force the police to change its procedures. As far as Aleid Wolfsen, chairman of the AP, is concerned, this is a serious matter.

The National Police uses a system that checks all incoming and outgoing persons and goods in the Schengen area. This includes a log system that records all activity within the system. After all, not everyone is allowed to see the data just like that. The National Police are obliged to check regularly that this does not happen.

In 2015, the AP already investigated this case and concluded that there were five vulnerabilities in the way the National Police monitored the case. It was then ordered to pay a penalty payment of 200,000 euros. Four of the five vulnerabilities have been addressed and it has been decided that one fifth of the penalty payment should actually be paid.

According to the AP, the National Police are obliged to regularly and proactively check whether the information they have is properly secured. This would therefore not be enough, although controls have been introduced in response to comments made by the PfA. 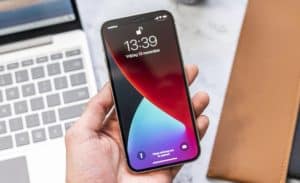