Microsoft is rolling out a lot of new features for the iOS and Android versions of the OneDrive app this month. The web version of the Microsoft service will also be given new functions. The updates are, as usual at Microsoft, aimed at increasing productivity. Sharing documents and notes will soon be a lot easier.

Microsoft will announce this in a message on its website today. This month there will be updates to the mobile apps of OneDrive. In addition, there will be some improvements for the web version. The functions are expected to be available in the course of November. Microsoft also announces that it will stop supporting certain macOS versions next year.

Microsoft has explained the new features in detail in the blog. The first one makes improves the scanning function of the mobile OneDrive apps. The app allows users to capture documents, whiteboards and photos. Users can then add metadata themselves. Then both the scans and the metadata will appear in the folder you selected.

Furthermore, Microsoft hopes that people can save some time with a new ability to scan notes. These scans can be shared directly between users. This function uses the Microsoft Graph and connects all files, scans and meetings to each other.

Microsoft also takes this opportunity to equalize the dialog box in which users can share Word, Excel and PowerPoint documents. Now they all look the same, making it easier for users – Microsoft hopes – to share their documents within the OneDrive app.

Also updated is the overview of the recent files that have been opened, which now comes to OneDrive-web. According to Microsoft, the functionality is faster and easier to use. For the time being, this feature only supports Office documents, but support for other file types will soon follow.

OneDrive also needs to be a little safer in the future, with a new Manage Access experience. Within this function, users can set who has access to their files and folders. In this way, it is also easier to see where a leak could possibly occur.

Finally, Microsoft reports that it will stop supporting macOS Yosemite 10.10 and macOS El Capitan 10.11 on 1 February 2019. These are software versions of Apple operating systems that have not been updated since August 2017 and 2018, respectively. 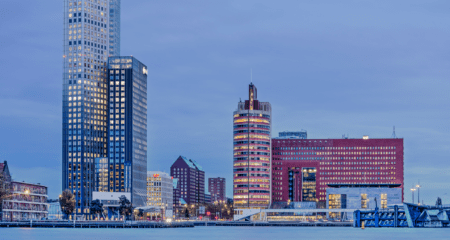