According to a Gartner study, SAP is lagging behind its migration from ECC to S/4HANA. “This is their last chance”, said analyst Ilona Hansen.

SAP ECC is a popular on-premises ERP system. Gartner estimates that 70 percent of SAP’s customers depend on the solution. That’s a problem, as ECC will no longer receive official support from 2027 onwards.

SAP wants customers to migrate to S/4HANA, a more modern platform. According to Gartner, migration is lagging behind. “There is little evidence of the acceleration of migrations that would be needed to meet SAP’s 2027 target to terminate mainstream maintenance for ECC”, the researchers share in the new report.

Gartner suspects that SAP is aware of the delay. The researchers expect the support deadline to be extended to 2030. According to Gartner, customers using ECC in 2027 can count on support until 2030 for a premium of two percent per year.

SAP tells a different story. CEO Christian Klein shared that S/4HANA is growing at a phenomenal rate in the most recent quarterly report. In contrast, customers tell Gartner that the available licenses are unclear, which could explain the delay.

“Many options exist, but the strong positioning of RISE with SAP by account executives obscures other S/4HANA licensing options such as S/4HANA On-Premise Edition”, the researchers say.

RISE with SAP is one of the initiatives with which SAP hopes to migrate customers from ECC to S/4HANA. Customers pay for a single service that includes the software, hosting and consultancy needed to make the move.

RISE with SAP ultimately leads to the cloud. Should you want to migrate from ECC to S/4HANA while staying on-premises, RISE with SAP isn’t always optimal. A S/4HANA On-premises Edition license may be more suitable, but too few customers are aware of the option, Gartner said.

“Every good thing takes time”, added Ilona Hansen, SAP analyst at Gartner. “S/4HANA has been around for seven years in the market and it hasn’t done significantly well. In the last 18 months, with RISE, there’s a lot of movement coming now, so give them a little more time, but this is their last chance.” 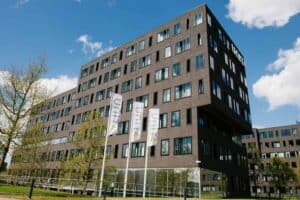