Today Dell announced the 2022 edition of their XPS 13, which has Intel’s newest 12th-gen Alder Lake CPUs, which bring more cores and hybrid architecture, as well as the smallest and lightest 13-inch XPS ever.

Fears that the line was becoming stale

The flagship XPS 13 went from visualizing the future of laptops when Dell launched the InfinityEdge configuration with slim bezels in 2015 to being boring a few years later.

To avoid criticism that the line has become stale again, Dell is going to split the adventurous options out with the XPS 13 Plus, which launched earlier this year with a touch bar, flush keyboard, and slightly stronger P-Series CPU choices, and a new 2022 XPS 13 2-in-1, which replaces the old thin and foldable configuration with a tablet + folio keyboard case.

What has Dell changed?

The new 9315 model looks identical on the outside to the 11th-generation CPU-powered 9310 that launched in 2020 before gaining an OLED display option in 2021. The improvements should become apparent as soon as you open it.

On the new laptop, Dell claims it removed extraneous processes, reduced finishes, and materials to accentuate the “curated and premium” CNC machined aluminum that’s become the main attraction inside and out. Whether in the sky (grey) or umber (brown) coloured aluminium finish, it’s a familiar yet clean aesthetic. Hopefully, it keeps the strong construction and firm keyboard and trackpad that made it stand out in 2020. 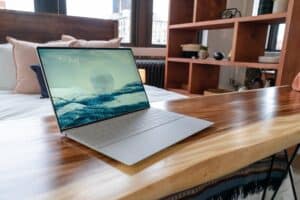 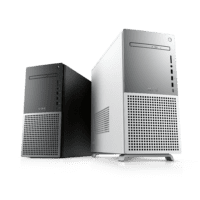 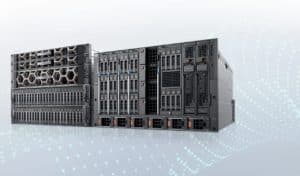